Eight distinguished practitioners became the newest members of Gamma Xi Phi, a predominately African American fraternity for artists on Sunday, October 11, 2020, in a virtual ceremony in North Carolina. The ceremony resulted in the chartering of two chapters – the Beta Lambda at-large chapter in rural North Carolina, and the Theta Chapter serving the Research Triangle as the first chapter chartered in the fraternity’s South Atlantic Region.

National President Rashid Darden of Conway, North Carolina, joined with Honorary Member Ernest Perry of Durham, North Carolina, to deliver important ceremonial items to each candidate for membership while following socially distant practices.  The initiates were encouraged to decorate their locations in a manner befitting the occasion.  Home offices, living rooms, and photography and dance studios were adorned with purple, black, and gray decorations to celebrate the occasion.

The virtual ceremony was attended by members of Gamma Xi Phi nationwide, where each initiate expressed their excitement and honor for having been chosen.  A common refrain was the desire to help the fraternity grow, both locally and nationally.

“Perhaps most meaningful to me, aside from welcoming my mother into the organization, was seeing the genuine happiness on the faces of the new members.  They know they are welcoming a special organization into their lives, and bear the responsibility of introducing that special organization to North Carolina communities,” National President Rashid Darden said. 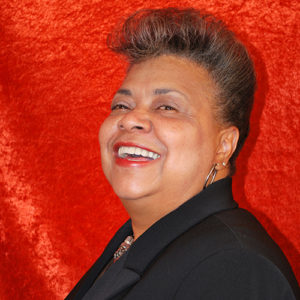 Carolyn Darden-Stutely of Conway is the Founder and CEO of Carolyn’s Creations, a crafting service creating scented bath and body products, fashion jewelry and clothing. Born in Virginia and raised in Washington, DC, she attended Ferris State University and George Washington University and is a retiree from the Federal Government after 34 years of service. Moving to Conway, NC in 2018, she is a member of the Ahoskie Alumnae Chapter of Delta Sigma Theta Sorority, Inc.  Ms. Darden-Stutely is the mother of National President Rashid Darden, also of Conway, and is the fraternity’s first at-large initiate. 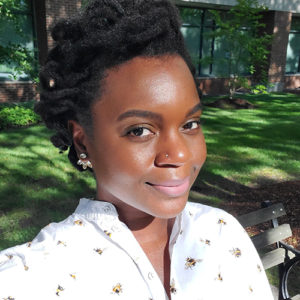 Jordyne Blaise is a writer, critical race theorist, and womanist local to Miami Gardens, Florida, St. Louis Du Sud, Haiti, Washington, DC and presently Raleigh, NC. As a writer, public speaker, and activist, Blaise focuses her work on equity and social justice with a specific lens toward the experiences of Black women and girls.  Her contributions have been featured in The Atlantic, Time, Essence, the Miami Herald, and her own blog, Gone Agape. With a Bachelor of Arts in English, and her Juris Doctor from Georgetown University, she works as a diversity, equity and inclusion strategist, while also an active philanthropist and milestone member of the Georgetown University Loyalty Society, Board Chair of the Fannie Lou Hamer Institute for Advocacy and Social Action, Board member of St. Louisiens for Haiti, and the Knightdale-Wake Forest Alumnae Chapter of Delta Sigma Theta Sorority, Inc. She has also served as a Commissioner for the City of Raleigh Human Relations Commission, Member of the Georgetown University African American Advisory Board and a volunteer with both the YMCA and YWCA. 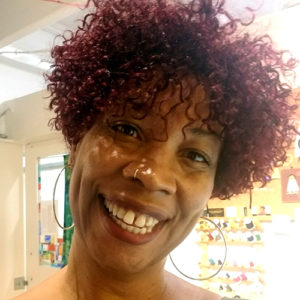 Pamela A. Bond of Durham is a multi-talented actress, designer, and owner of Pamela Bond Designs. She received a B.A. in Theatre, a B.S. in Textiles & Apparel and a M.A. in Textiles & Apparel from North Carolina Central University. Her theatrical credits include lighting and scenery design for Home and Raisin in the Sun, and she is a recipient of the Irene Ryan Award, for which she won best actress in the Southeastern Region for her debut performance in Fascination Man. Other performances include Images debuting at the National Black Theatre Festival, Fourth & A Mile, Stealing Clouds, Tunnels, Howard Craft’s The Wise Ones, and Heart To Heart (all NCCU productions).  Her costume design credits include the educational video Crafting Freedom with The Apprend Foundation, Jackie O with Long Leaf Opera, and Bangin performed with Walltown Children’s Theatre. Mrs. Bond is a member of Alpha Psi Omega Honor Society and Delta Sigma Theta Sorority, Incorporated. 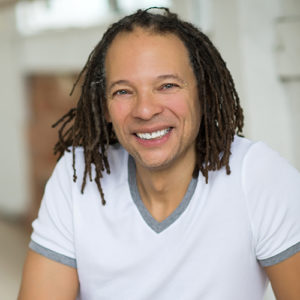 Thomas F. DeFrantz of Durham is a dance educator who directs SLIPPAGE: Performance | Culture | Technology, a research group that explores emerging technology in live performance. He received the 2017 Outstanding Research in Dance award from the Dance Studies Association. DeFrantz is also a Consultant for the Smithsonian Museum of African American Life and Culture, contributing concept and voice-over for permanent installation on Black Social Dance that opened with the museum in 2016. He is the author or co-author of Dancing Revelations: Alvin Ailey’s Embodiment of African American Culture; Black Performance Theory, Choreography and Corporeality: Relay in Motion, and Routledge Companion to African American Theater and Performance.  He has created works commissioned by Theater Offensive of Boston, Detroit Institute for the Arts; and the Nasher Museum. In 2013, working with Takiyah Nur Amin, DeFrantz founded the Collegium for African Diaspora Dance. 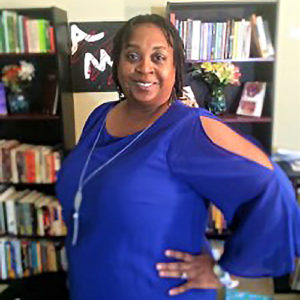 La Toya Hankins of Durham is the author of SBF Seeking and K-Rho: The Sweet Taste of Sisterhood. She has published multiple short stories with JMS Books, including “Married to the Struggle,” “Heat Wave-Southport,” and “Challah and Calloo.” Her work has been featured in anthologies “Black From the Future” and “Lez Talk: A Collection of Black Lesbian Short Stories,” published by BLF Press. She has written for two blogs, “Hot Tea and Ice” featured at wyettevans.com and “Pate and Caviar” featured on her website, www.latoyahankins.com. A regular book reviewer for the Black Lesbian Literary Collective; a non-profit organization created a nurturing and sustainable environment for Black lesbian and queer women of color writers, Hankins recently celebrated twenty-nine years as a member of Zeta Phi Beta Sorority, Inc., and is a two-term past president of the Chapel Hill graduate chapter. Hankins has Bachelor of Arts in journalism with a minor in political science from East Carolina University, Greenville, NC, and works with the Office of the North Carolina State Treasurer after seven and a half years in the field of journalism. 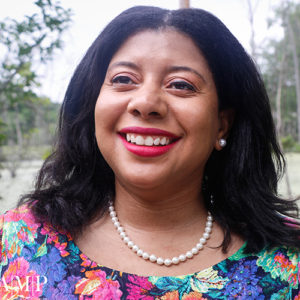 Kimberly M. Knight of Raleigh is the Editor of The Lux Blog NC™, A lifestyle cultural blog that covers art, culture, style, and entertainment in North Carolina, and a Contributing Writer for Sheen Magazine. A graduate of North Carolina Central University with a Master of Social Work degree, she obtained her Licensed Clinical Social Worker-Associate licensure (LCSW-A) and is an Eldercare Social Worker for the Department on Aging for Orange County Government, Co-Founder of HIV Cure Research Day proclaimed by Gov. Roy Cooper, and a 2020 Honoree for the 40 Under 40 Award. During her undergraduate years, she was a member of Sigma Omicron Epsilon Sorority, Inc., a Native American women’s sorority, where she became the first Black Indian Co-President of the Alpha Chapter, and a member the East Carolina Native American Organization (ECNAO) at East Carolina Univeristy. She is also a member of the Western Wake Alumnae Chapter of Delta Sigma Theta Sorority, Inc., the Triangle Native American Society, National Association of Social Workers-NC Membership Committee, and the Junior League of Raleigh. She has participated in Native American powwows as a jingle dancer, and is the Committee Chair of the Advisory Council for the first Black Indians NC™ Powwow for the State of North Carolina, which will take place in September 2021. 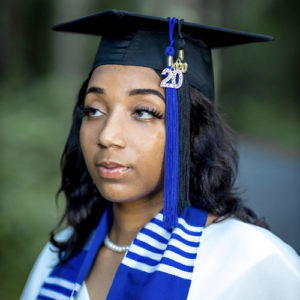 Qui’wania Miller of Raleigh is a graphic designer and portrait and lifestyle photographer originally from Murfreesboro, North Carolina.  She earned a Bachelor of Science in Graphic Communications degree from Chowan University in May 2020.  Her photography practice has grown from a hobby to a full-fledged sustainable business over the past four years.  Photography is her passion because, as she says, “It not only makes me happy but also my clients and my supporters!” Miller is a Spring 2019 initiate of Zeta Phi Beta Sorority, Inc., and recently became a resident of Raleigh. 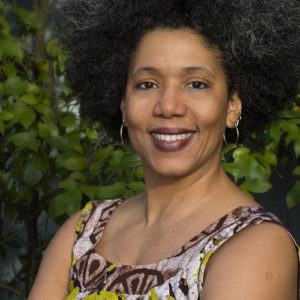 Dancer, musician, and video artist Andrea E. Woods Valdés of Durham is the Artistic Director of Souloworks /Andrea E. Woods & Dancers, Associate Professor of the Practice of Dance and Director of Undergraduate Studies of the Dance Program at Duke University, and is currently in Ph.D. studies at Texas Woman’s University. Her creative priorities are arts activism, adult literacy, and Black audience development. She is a former dancer/rehearsal director with Bill T. Jones/Arnie Dance Co. and has danced with Saiko Ichinohe Co., Clive Thompson Dance Co., and Mafata. She holds an MFA in Dance from The Ohio State University and a MAH in Caribbean Cultural Studies from SUNY Buffalo. Woods Valdés has received grants from The Jerome Foundation, (NEFA) The National Dance Project, National Performance Network, Arts International, and the North Carolina Arts Council, and has been part of the American Dance Festival Faculty. Her work and research have taken her to The Cannes International Dance Festival and the National Black Theater Festival.

Gamma Xi Phi was founded on October 7, 2010, by Ramapo College men and women who were interested in creating strong bonds between students pursuing artistic careers. The purpose of the fraternity is to honor the achievements of artists through fellowship, philanthropy, social justice, and service.