Gamma Xi Phi was pleased to interview the talented Baron in September of 2012. The New Jersey-born and New York based performer has been in the entertainment industry since dropping his first album Troubled Man in 2004. Celebrity, released in 2008, earned Baron the Best Alternative Artist award at that year’s Velocity Magazine Awards. His EP, Radioheart, was released in June 2012.

Although it’s hard to place Baron in a specific musical category, you may have already heard his unique hip-hop/glam/electronic/rock sound before. He has performed in many venues and is a favorite on the LGBT Pride festival circuit. His songs have been heard in the films Blueprint, Finding Me, After Party Babies, and in the shows Christopher Street and Drama Queenz. For Gamma Xi Phi, Baron gives advice to aspiring artists and tells us more about his life. 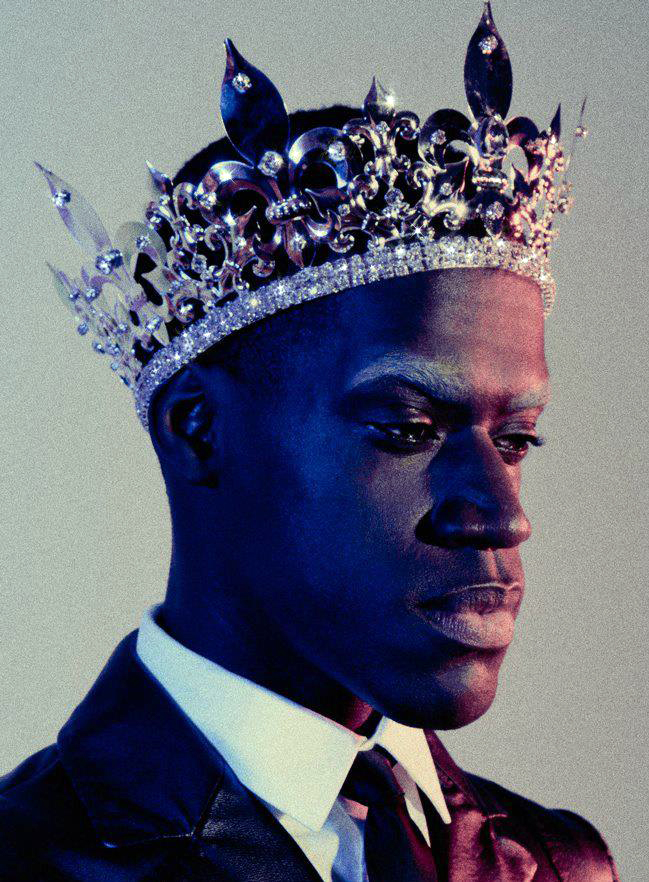 Baron, who are you?

I am a man who was raised in the inner city with a mind and spirit head first in the world. I’m an artist. Probably the only title I’ll confirm in an interview. I am selfish and giving. A friend, comedian, tough at times, [who] loves to be in front of a crowd and loves to not. Oh, and [who] loves music.
When did you first become aware of your love of music?

When Columbia House sent me all of those CDs for a penny. I knew I was on to something. [laughs] Actually I think it was when I got my first record player and my first record was Tina Turner’s Private Dancer album. I scratched the hell out of it. But it was one of the first things I felt was mine — that I could feel expressed in.

How did you transform from a music lover to an artist?

The transformation began in high school–I think–when I was part of the school chorus. I never did any solos because back then I was way too shy. But I knew I loved the stage. I loved to perform. It was much later when I decided to just do it. I started out performing poetry and that gave me the comfort in standing alone in front of an audience. The switch to music was pretty much inevitable, but I felt I had to take steps in order to be a great performer. So the process was kind of slow, but I’ve learned so much in it.

What’s the biggest lesson you’ve learned as an emerging artist?

One of the lessons I’ve learned is to really be true to your brand. Be true to your art and love what you create. Also treat your fans with respect and to make sure they know you are thankful to have them. The performance world is so full of all types of people. Those who want to see you succeed and those who want other things. The biggest lesson is to stay true to you and to never lose focus on that.

Who are some people in the industry that you’ve worked with or have helped you out along the way?

Darrell Briscoe is a composer, engineer, and all around dope guy who’s done work for VH1, MTV, and BadBoy. I recorded my first album with him. He knew so much. It was just refreshing having his perspective on music and the industry because I was just about to enter it. His greatest advice was when he said “When you release this album, you know you’ve just become a label.”

Tim Yates [is] a publicist I worked with [who also] managed me for sometime. His input on just the ideas of marketing, pitching, and just branding was totally priceless.

DJ Baker [is the] radio host of Da DooDirty Show who played my music constantly and gave me one of my first interviews as a music artist. Being in rotation on his show led to so many other opportunities

Your website describes you as an electro/hip-hop artist. Why should we care about the place where electro and hip-hop intersect?

You know what, the only reason why I make that distinction is because people have had the hardest time placing me. When I came out with my first album…I was called everything from rocker to Hip-Hop artist to R&B. It was interesting because I was just making music and didn’t really care about the genre. I love hip-hop music and I love indie electronica and rock bands and R & B. I believe as a member of the digital age, the boxes that were specific to music genres in the past do not apply. But since we really haven’t come up with anything new, here we are. Rihanna is just as electro as she is pop and sometimes R&B. My ideal listener hears what they want and enjoys it all even when it’s all mixed up.

You count Jay-Z and David Bowie as two musicians that you like. If you could only listen to one Jay-Z and one Bowie album for all time, which albums would they be?

[For] Jay-Z, Vol. 2…Hard Knock Life, though I considered his tracks “Who You Wit II” and “Do It Again (Put Your Hands Up)” to be gold. David Bowie is a little difficult because it’s not full albums but snatched tracks.. here and there.. but I’ll say Scary Monsters (and Super Creeps) because I can listen to the “Fashion” track forever. A woman had called me the black David Bowie and I was like “Really?” then ran home and started downloading him.

What advice do you have for young(er) artists who may be interested in careers in music. Where should they begin?

They should really begin at making great music and honing their craft as performers. The performance is very important. It’s how you connect to your audience, it’s how they get you. And there’s nothing worse than bad music but bad music. It’s good to have a friend who will tell you the truth or a mentor who you can go to when receiving honest feedback. I think those are the first things. Social media, shows, stardom will come later but being a great performer is paramount.