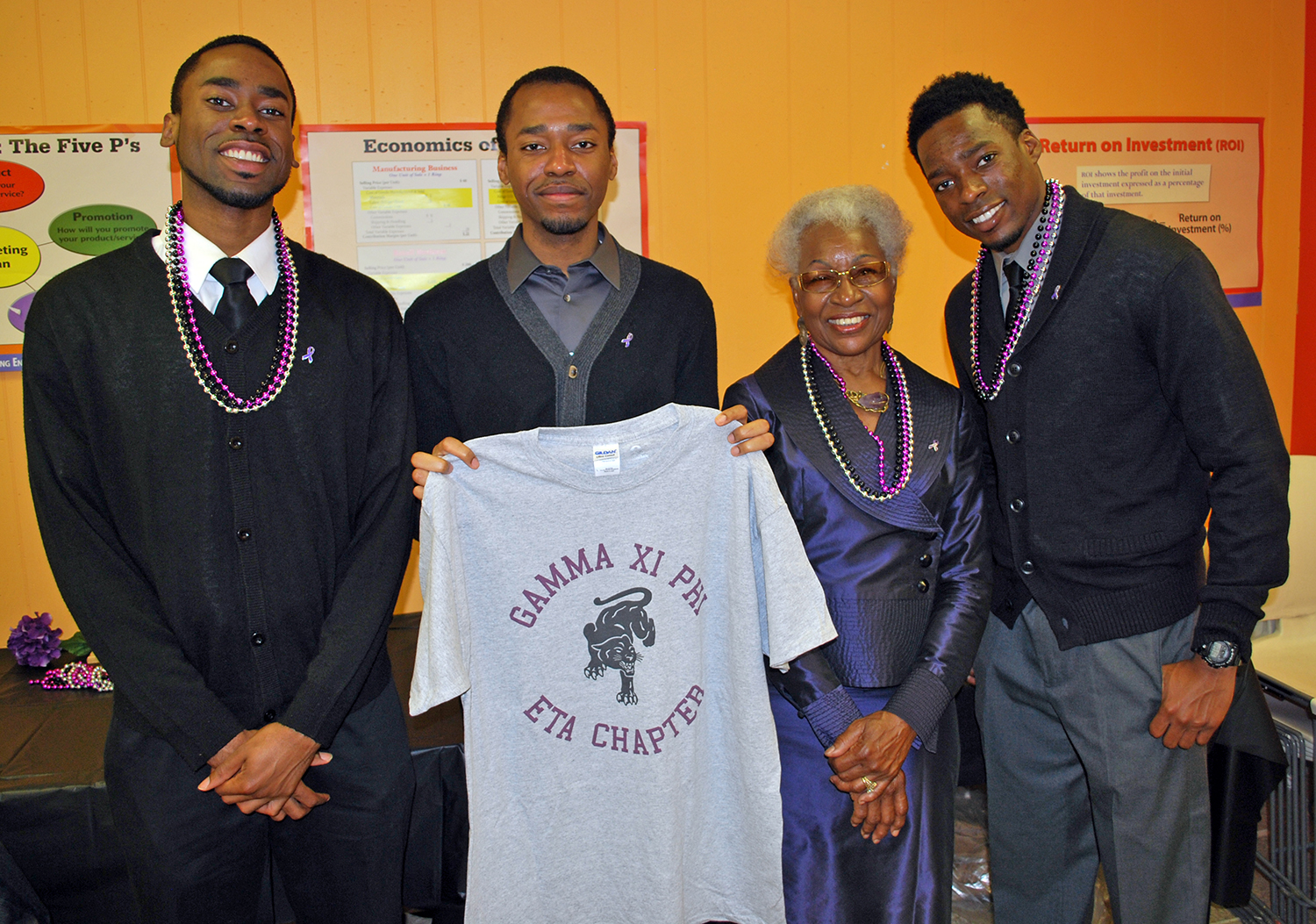 Gamma Xi Phi is a predominately African American organization of men and women in the arts, including literature, visual art, music, theater, and dance.

GXP was established at Ramapo College in Mahwah, New Jersey on October 7, 2010, on the principles of Philanthropy, Sodality, and Elevation.

The purpose of Gamma Xi Phi is to honor the achievements of artists through fellowship, philanthropy, social justice, and service.

Gamma Xi Phi promotes philanthropy and service to the arts, brotherhood among all artists, and leadership development in artistic professions through collegiate and community outreach to people of color across the world.

Our purpose and mission are exemplified through our National Program, which is themed The Design of a Decade: Art, Society, & Justice. This theme celebrates our tenth anniversary as an organization while promoting the intersections in which we live and serve. Gamma Xi Phi believes in art as a means of advancing and enriching society as well as a means of advancing issues of justice within our communities. 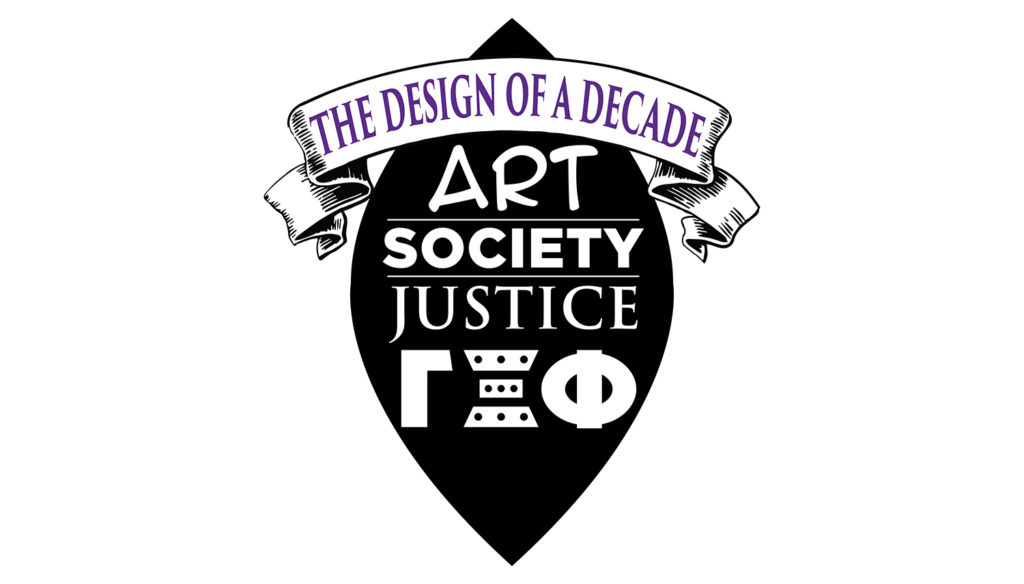 The Design of a Decade: Art, Society, and Justice
The Young Artisans Awards

This program honors artists enrolled in traditional (K12) or alternative schools (16-24) as a way to encourage future artistic achievements in their chosen fields.

Chapters of Gamma Xi Phi conduct interviews and panel discussions with artists who are impacting society and culture. Each chapter shall, through a format of their choosing, introduce a working artist to their communities and facilitate the sharing of their knowledge to all assembled.

Odeon is any showcase by which members of Gamma Xi Phi display their crafts in a festive environment for families, friends, and the community.

Recognizing high incidences of depression and suicide among artists and creative people, Gamma Xi Phi continues to promote participation in World Suicide Prevention Day and in other activities highlighting awareness of mental health and wellness.

Our Locations
Our Heritage

In the foothills of the Ramapo Mountains where New Jersey meets New York is a young, public college established in 1969.  It was here at Ramapo College of New Jersey that Gamma Xi Phi was established amid an already vibrant fraternal community on October 7, 2010.

By following the established process of organization recognition at Ramapo, Alpha Chapter became a recognized entity in April of 2011. 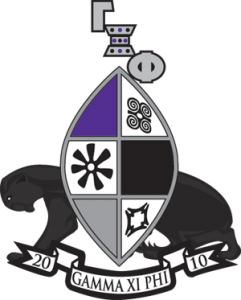 The Coat of Arms of Gamma Xi Phi, designed by Brother Ernest Perry.

The National Constitution, the first governing document of Gamma Xi Phi, was adopted on May 22, 2011.  The original purpose of the fraternity is drawn directly from the Constitution.

Philanthropy, Sodality, and Elevation were adopted as the cardinal principles of the fraternity on March 12, 2012.  Gamma Xi Phi was incorporated exactly one month later on April 12.  The incorporators were Sharnell Bryan, Rashid Darden, and Storme Gray.  By the end of the Spring of 2012, Alpha Chapter had initiated its first line, consisting of Brigette Ramos, while Beta Chapter made preparations to recruit and select new members of its own.

On June 30, 2012, Gamma Weekend was held in Washington, DC.  It was a weekend of fellowship as well as important business for the members of the fraternity.  At the Greater Tried Stone Baptist Church in the Columbia Heights section of DC, the national board of directors convened and made several important decisions, including the chartering of Alpha Lambda Chapter, a nationally-oriented, at-large chapter for prospective members residing outside of the service area of an existing chapter.  Now that the fourth chapter was chartered, the fraternity was obligated to call its first national convention.  The host city was decided to be Newark, New Jersey, the home of several founding members. 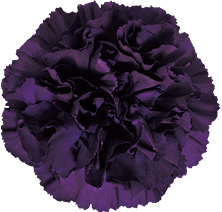 The purple carnation, an official symbol of Gamma Xi Phi.

Over the next five years, Gamma Xi Phi added additional members and chapters to its network of artists.  National Presidents included Malcolm Minor, elected in 2013 in Newark; Rashid Darden, elected in 2015 in Philadelphia; and Sharnell Bryan, elected in 2017 in New Orleans; and Rashid Darden again in 2019’s convention in the District of Columbia.  Over the years, the constitution, bylaws, policies, and ritual were amended and enhanced to meet the needs of the organization.

In 2017, Gamma Xi Phi experienced several important changes to insure its perpetuity and allow room for growth.  Chief among those changes was the decision to be unclassifiable; that is, “Professional Arts Fraternity” was officially dropped from our name.  Now known simply as Gamma Xi Phi, the fraternity could now more flexibly exist in spaces where it sought to expand.  Additionally, the organization evolved into an organization more like an academy than a professional fraternity, with the aim to honor artists with membership.  While the core mission and program of the fraternity would remain the same, it’s raison d’etre was modified to reflect and enhance its existing successes.

The fraternity continues to adjust to the new realities imposed by the novel coronavirus pandemic.  Virtual programming and technology has helped the fraternity keep its committments to the community and to one another, while aggressive engagement has brough inactive members back to the fold. 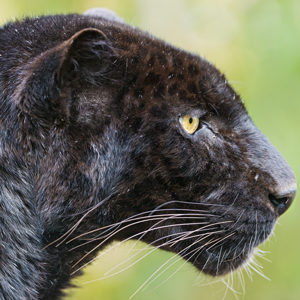 The black leopard, a symbol of Gamma Xi Phi.

Although the world has seen professional fraternities and societies for artists, the earliest members of Gamma Xi Phi knew that the world had not seen an organization quite like theirs.  They forged ahead with an unrelenting zeal, ready to perform the important work of uniting the world through the uplift of artists.

The most important chapter in the history of Gamma Xi Phi is the next chapter.  Will you be a leading role in the next part of our story?