Beta Chapter of Gamma Xi Phi Professional Arts Fraternity held an Artists’ Vigil in honor of World Suicide Prevention Day on Thursday, September 10, 2015.  Brothers and Sisters in the District of Columbia chapter welcomed the public to assemble in remembrance of those artists and entertainers who were lost to suicide and in support of those artists dealing with depression and other mental health issues.

Members and guests held signs in honor of notables such as Phyllis Hyman, Don Cornelius, and Chris Lighty as well as emerging talent lost too soon, such as KayO Redd and Freddie E.  Each person assembled also gave reflections on their own mental health journeys and discussed how losing artists to suicide impacted their lives personally.

One special guest was Carolivia Herron, noted Washington-based author.  She shared that her novel Thereafter Johnnie also dealt with issues of suicide.  She admonished the artists and friends assembled to continue to host events which put the arts first and to check on one another, just as the national initiative suggests.

At the close of the event, brochures on depression and suicide prevention were distributed.  They were provided at no charge from the National Institute of Mental Health and the Substance Abuse and Mental Health Services Administration.

The vigil was held at the “Here I Stand” Paul Robeson statue in the Petworth neighborhood of Washington, DC.  The sculpture was created by Gamma Xi Phi member Allen Uzikee Nelson. 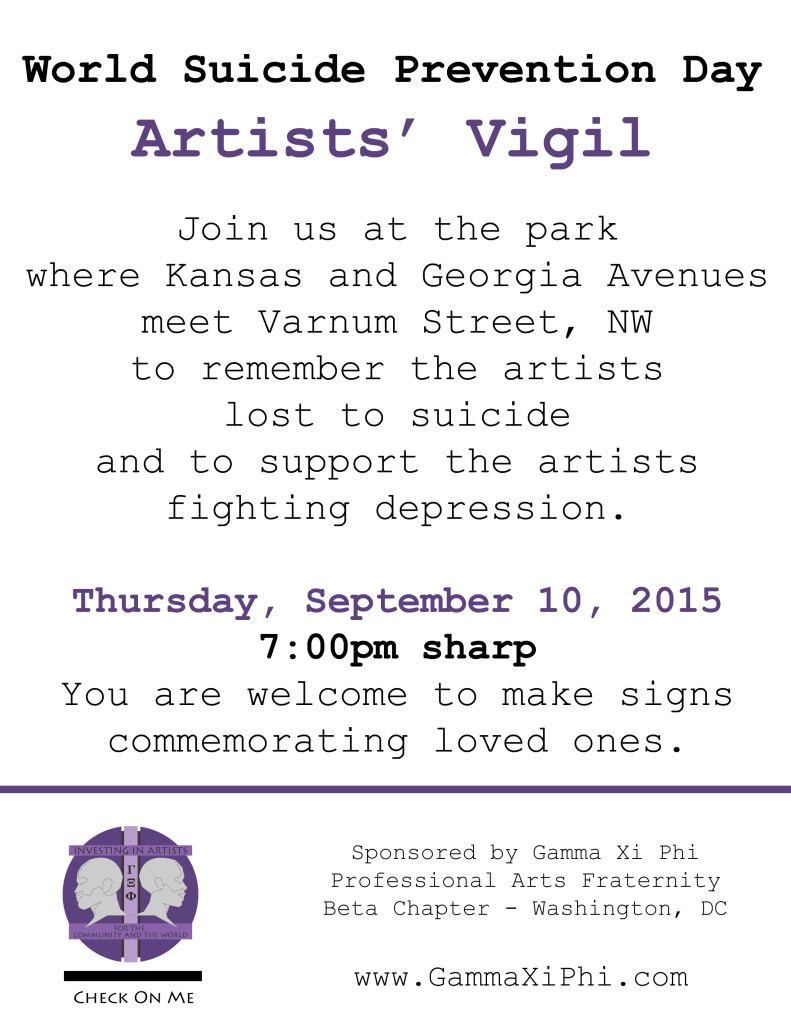 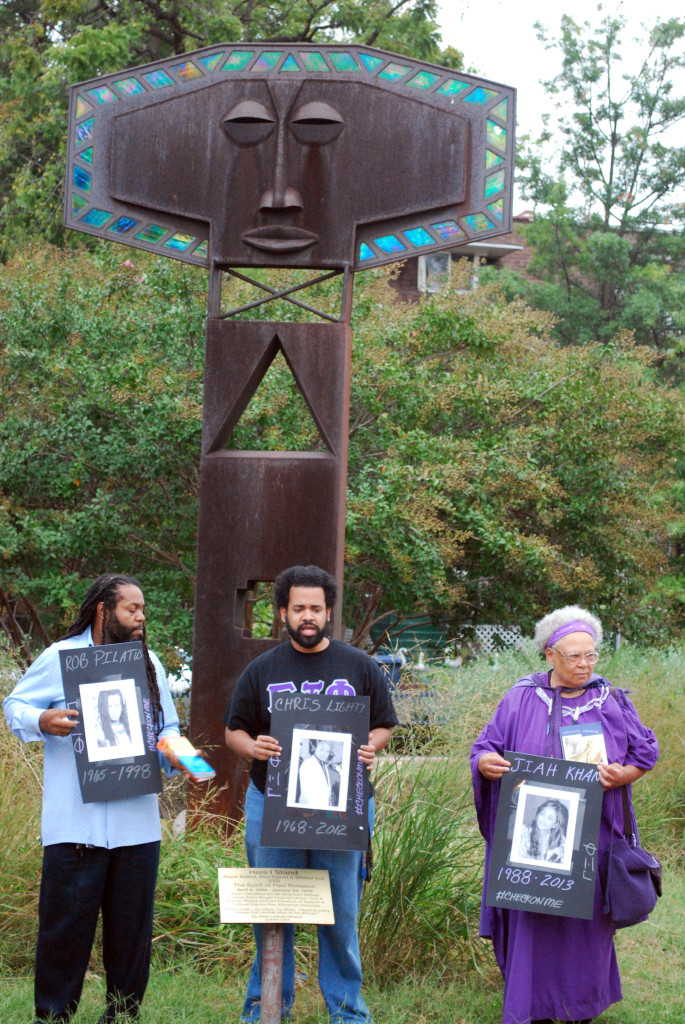 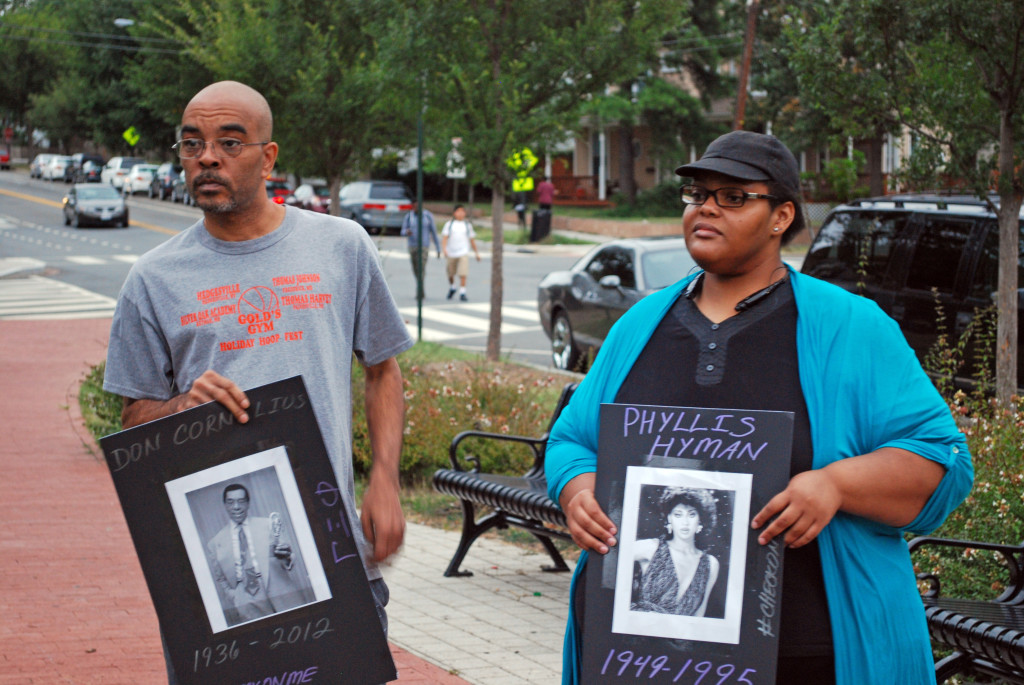 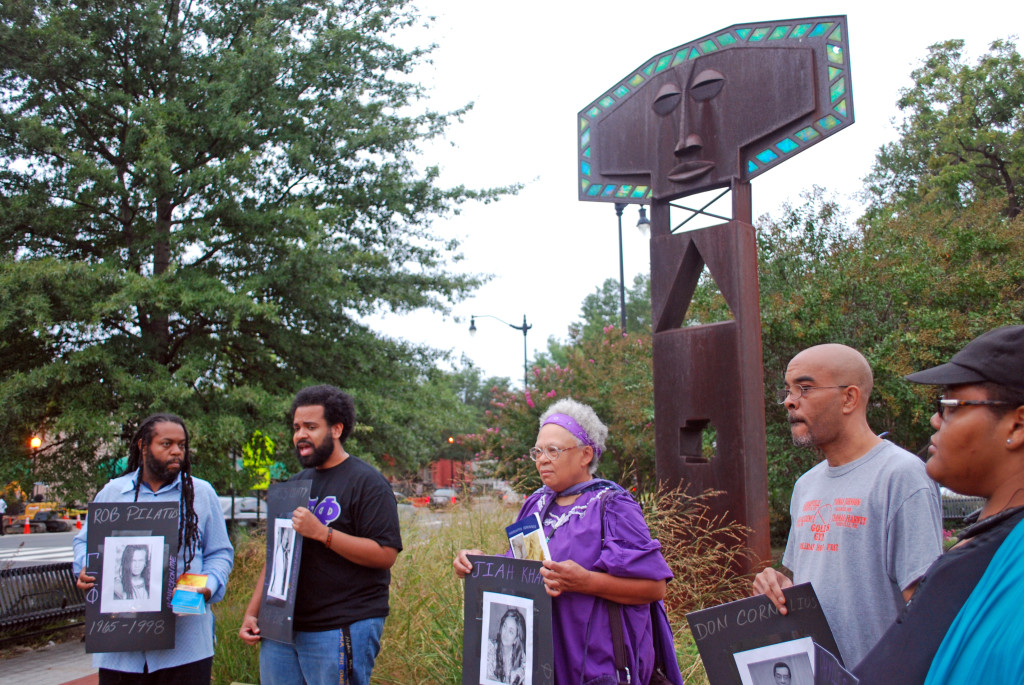 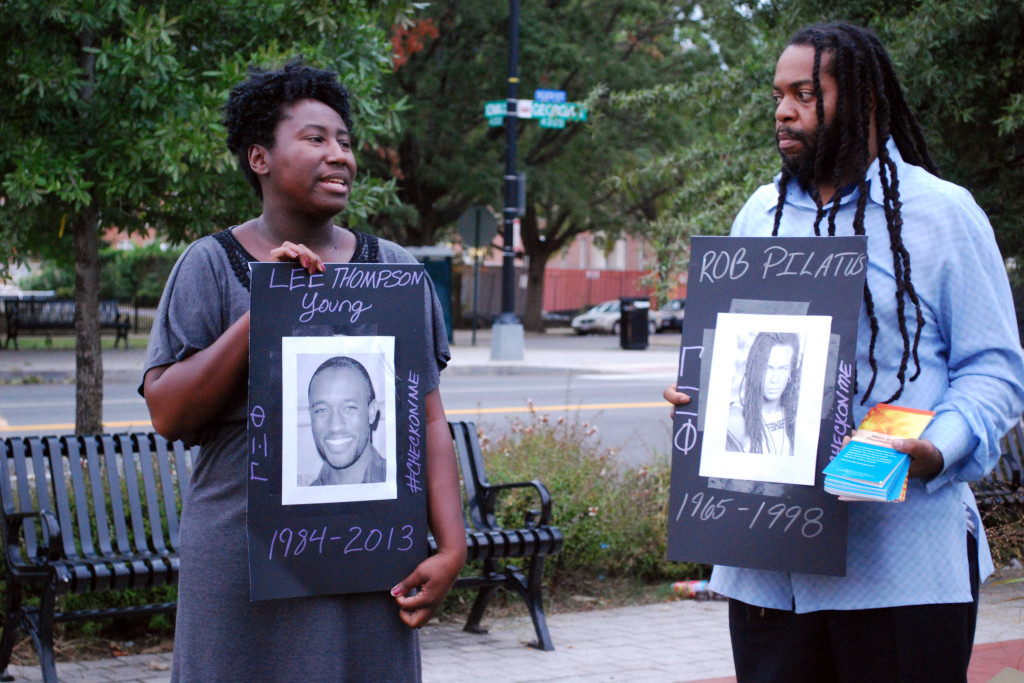 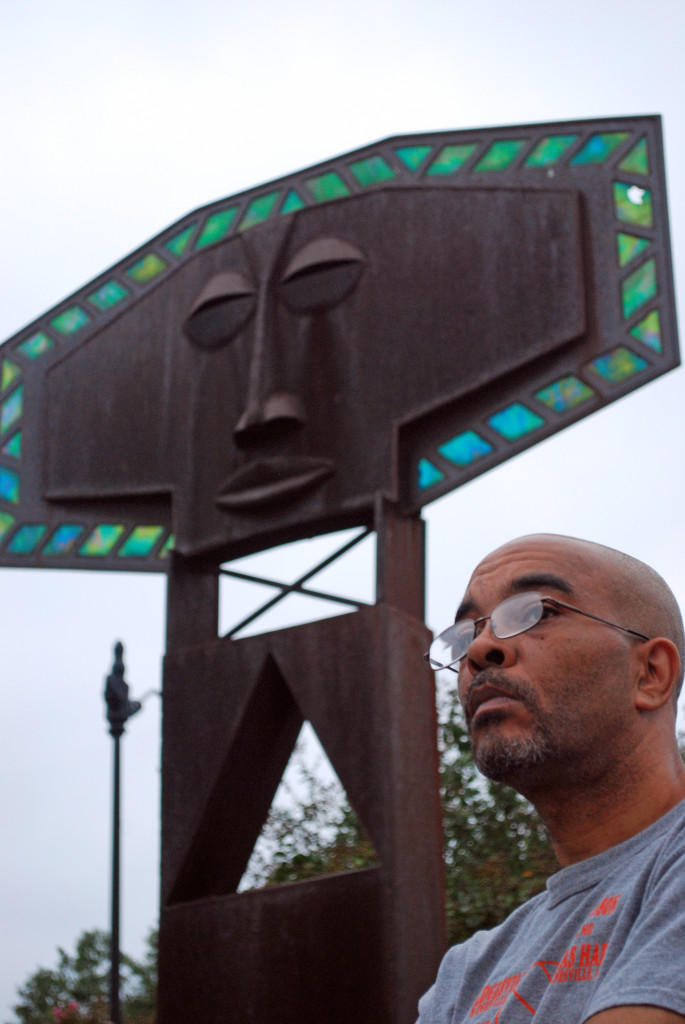 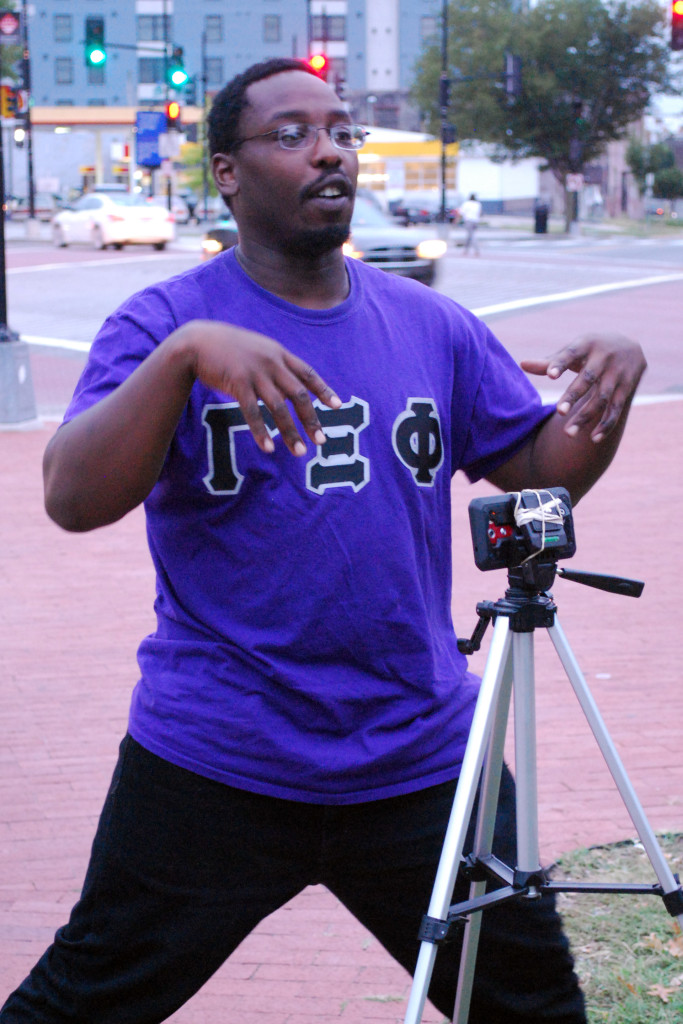 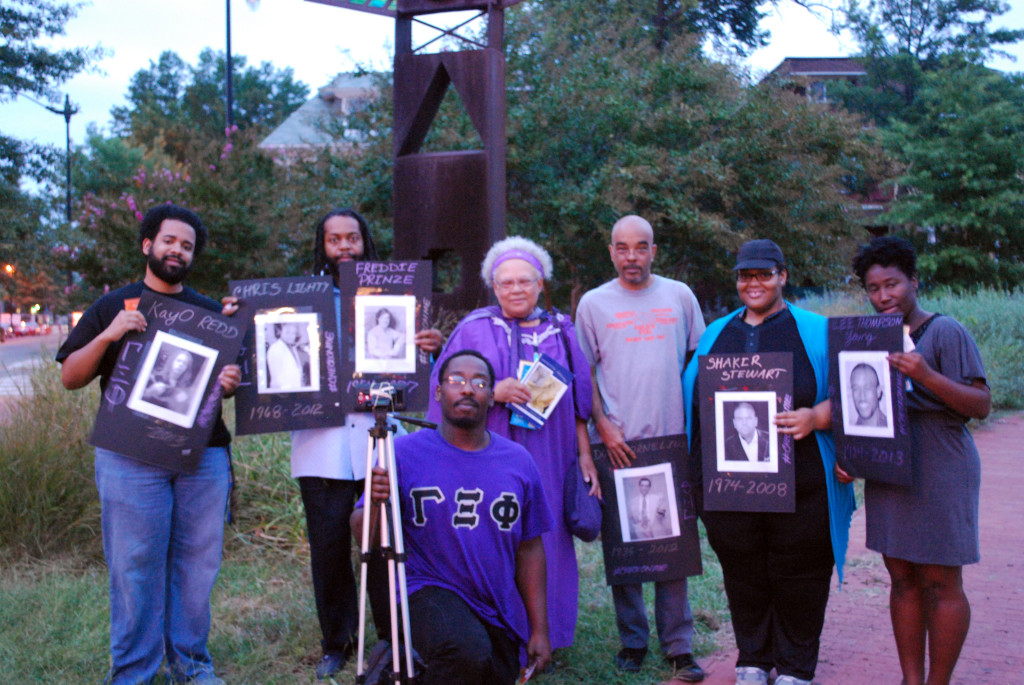 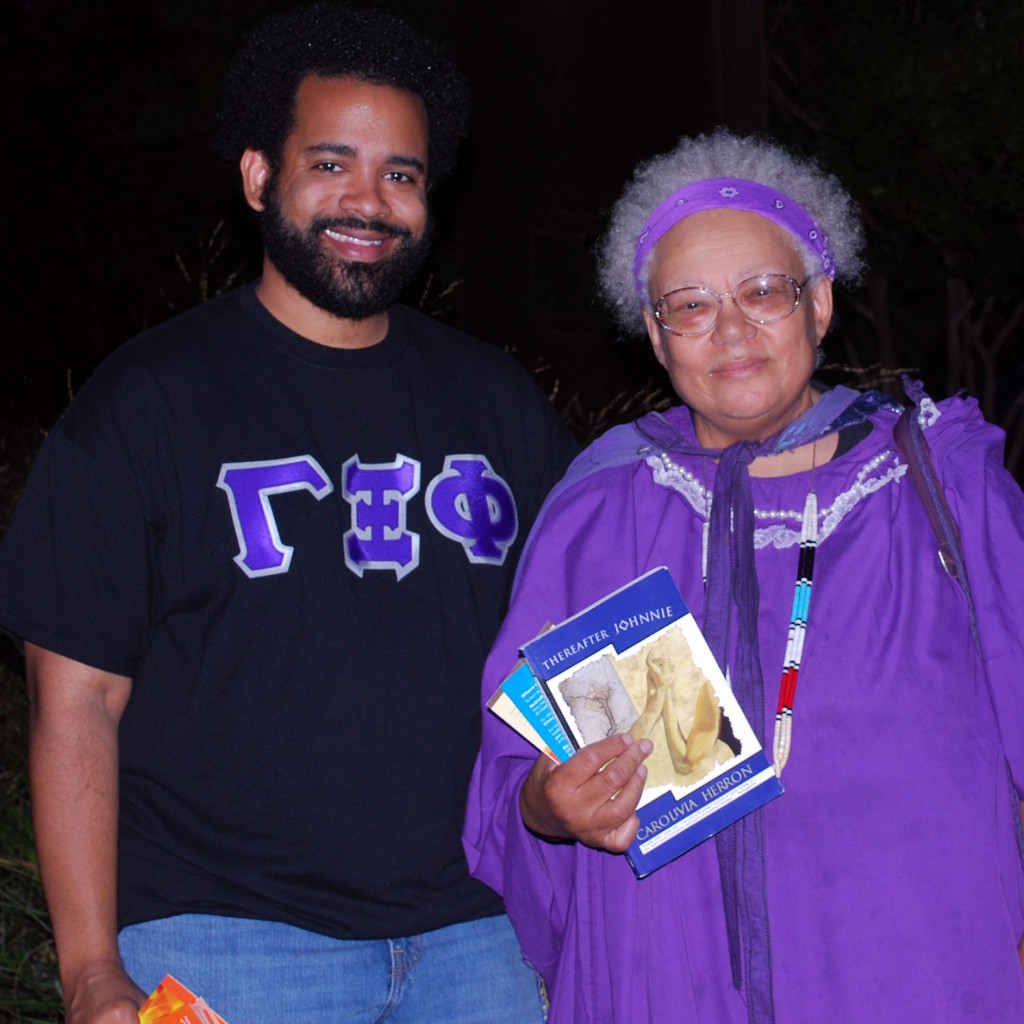 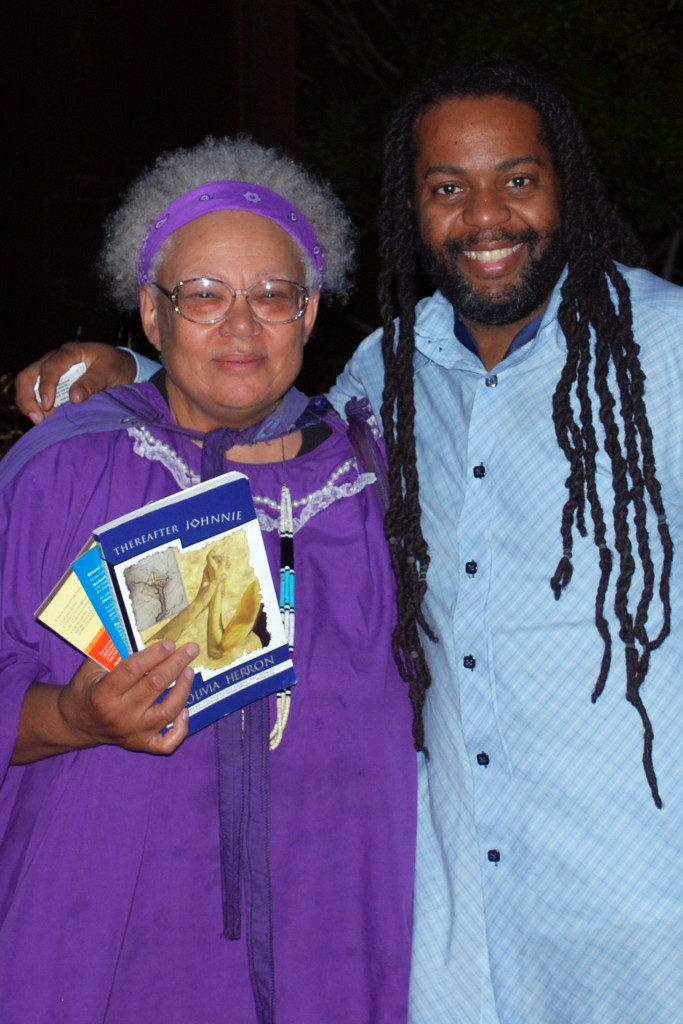 A Celebration of Service and Fraternalism