Philadelphia, PA, June 14, 2015— Gamma Xi Phi, the professional fraternity for artists, elected novelist Rashid Darden as National President at the fraternity’s biennial convention on June 13, 2015, in Philadelphia, Pennsylvania.  Several other members were also elected or reelected at that time. 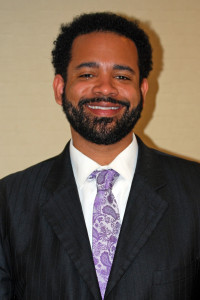 fraternity’s second chapter, Beta Chapter, which serves artists in Washington, District of Columbia.  He was the organization’s National Executive Director from 2011 to 2015.  He also served as the Chairman of the National Membership Committee.

An author with four critically acclaimed novels and a volume of poetry, Darden is also a photographer and nonprofit professional.  He has served in both development and programming and is currently an outreach manager for the DC Recovery Community Alliance.

“Gamma Xi Phi is a gift for a generation that we don’t yet know,” Mr. Darden said to the members assembled. “We have to be confident that the work we do looks toward the future.”  The National President’s remarks focused on the idea of every member’s talents being used toward a greater future for the organization which serves communities through the arts.

A reception introducing Mr. Darden is planned for Saturday, August 15, 2015.  The theme will be “A Celebration of Service and Fraternalism.”

In addition to the election of the National President, the following members were also elected to leadership roles:

Mr. Darden quickly unveiled a presidential theme of “Investing in Artists for the Community and the World” with a roll-out date of July 1, 2015 for an updated national program.