Gamma Xi Phi’s Executive Director, Rashid Darden, is an accomplished novelist.  His fourth novel, Birth of a Dark Nation, is in worldwide release.

Demetrius Beynum: When did you get started as a writer?

Rashid Darden:  I was in elementary school for sure.  I used to write short stories to occupy my time on the days I went with my mom to her office.  Writing was always an escape for me.  By senior year in high school, I had written a 50 page novella.

DB: Tell me about Birth of a Dark Nation.

RD: Birth of a Dark Nation is the story of a 30-something nonprofit professional named Justin Kena who befriends a day-walking vampire.  In the course of this relationship, he learns about the history of these day-walkers and finds out they have common ancestry as African Americans.  And of course, they go on an epic adventure, too.  There are day-walkers, nightwalkers, and Djinn in this novel.  Djinn are better known as genies, but I’ve taken care not to create any stereotypical representations of any supernatural beings in the story.

DB: How did you come up with the idea for Birth of a Dark Nation?

RD: Growing up I always enjoyed fantasy and paranormal fiction, whether it was geared to my age group like The Vampire Diaries, or for adults like Carrie.  I also enjoyed the 1991 reboot of Dark Shadows and pretty much anything to do with vampires or witches.  But I never really got to see myself in these books and shows.  So Birth of a Dark Nation came into being because I felt people of color—black people particularly—needed to see the entire genre from an African point of view rather than European.

DB: How long did it take you to write Birth of a Dark Nation?

RD: In a sense, years.  I had the idea for this novel ever since I was an undergrad at Georgetown, but it took a lot of maturing as a writer and a lot of research to develop the story bible for the series and to make the relationships just right.  Future novels in the series won’t take as long now that I’ve mapped out all the books. 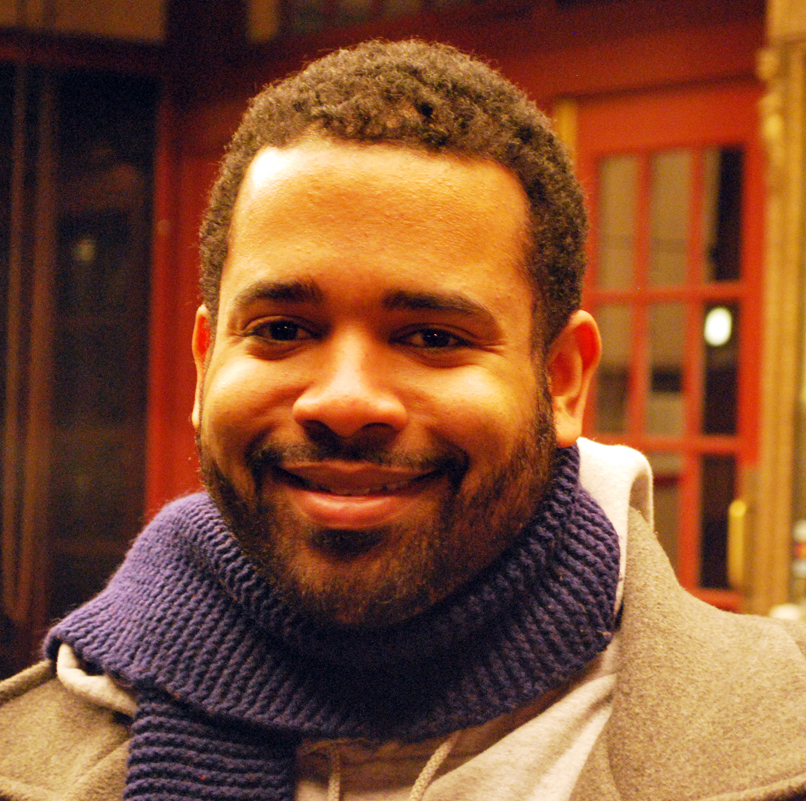 DB: What message do you hope to convey with the Dark Nation series?

RD: I honestly hope this novel contributes to the overall understanding of the horrors of slavery and racism in world history and culture.  We’ve obviously always had slave narratives and essays from abolitionists.  But I truly think in order to understand the depths of this horror, we need to see slavery and its aftermath infect every type of fiction, from LGBT texts to fantasy and horror, and anything in between.

DB: Who is the character to watch in Birth of a Dark Nation?

RD: There are so many intriguing characters, but I think the one to watch is Victor Pearl.  He is one of the “good guys” but he’s not a nice guy at all.  He’s skeptical of outsiders and it was fun to write a character who has so many walls built up.

DB: What challenges did you face on this project and how did you overcome them?

RD: When you are your own independent publisher, financing a new project is always tough.  I left my last full-time job in 2012 and I didn’t have the savings to pay for a cover designer or editors.  Luckily, I was able to raise the capital necessary through an Indiegogo project.  Aside from collecting enough money to pay for what I needed, I was also able to fund a four-city pre-launch tour.  Investing all my time and energy into Birth of a Dark Nation was certainly worth it, and I hope my investors think so too.

DB: What did you feel when reached your crowd funding goal?

RD: I was exhausted!  It was literally 31 nonstop days of promoting the hell out of the idea of Birth of a Dark Nation.  But it was well worth it.  The level of support exceeded my expectations.

DB: What is the first book you remember reading?

RD: Apparently I was an early reader, so I can’t personally remember the first book I read aside from the Phonics workbooks I powered through in Kindergarten.  But I can probably say that Jackie Collins’ Rock Star may have been the first novel for adults that I read.  I was in elementary school, around the same time I had discovered David Bowie as a singer, and when I’d heard one of the characters was supposed to be like him, I devoured that novel.

DB: What advice do you have for new writers?

RD: If you’re young and haven’t finished college yet, my advice to you is to stay in school and to graduate with high grades.  Take at least two years (but no more than four) to work a “real” job and have some real life experiences.  And then get into a good MFA program to hone your craft.  Although I don’t regret having dropped out of graduate school, it does impede me professionally that I don’t have the credential to teach creative writing to others in a formal setting.  In other words, you can be a full-time writer if you want to, but you also need the preparation to perform the other jobs full-time writers have to perform in order to pay the bills.

Purchase Birth of a Dark Nation right now on Amazon!