Rashid Darden:  Russ Green, who are you?

Russ Green: A work in progress.

RD: What will that work look like when it’s at completion?

Russ Green:  Liberation. I’ve realized through my art that before I took the stage, I’d been posturing my way through life.  Doing what I thought I was supposed to in order to be considered successful. The same “go to school, get a job, pay bills” adage.  So, at 32 I had a wife, two kids, a mortgage, $100K salary and a family sedan and I was still unhappy, unsettled.

RD: You talk about losing your job in your act. Did that event serve as a catalyst to a larger focus on comedy?

Russ Green: Absolutely. I felt it was divine intervention. I’d asked God to show me a way out of the routine and He delivered comedy…as a means to do for myself. To get out of the cycle of being dependent on another entity to finance my lifestyle.  The timing was interesting.  I was fired on the last day of Black History Month, during a leap-year. So, I knew it was God-inspired.

RD:  So what have you been doing since then?

Russ Green:  Writing. Getting on stages. Wash. Rinse. Repeat.  I’ve spent a lot of my energies on building a comedy movement in the DMV, called Homegrown Hilarity.  It’s a trio of brothers, myself included, that I met on the comedy circuit. We have similar drive and jibe well together as we each bring a different lens.  Thus, the “Weird, Wild & Witty” as the title of our debut comedy album.

RD:  Where can we get the album?

Russ Green:  Through the link on our website: www.HomegrownHilarity.com [and through] CDBaby, iTunes, Amazon, and the ilk. 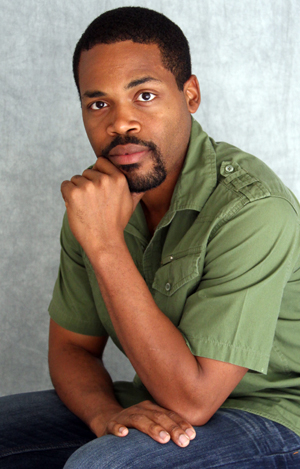 RD:  Great. Switching gears for a bit, when did you first know you were funny?

Russ Green:  I grew up in a chaotic household. My parents were “interesting” people. You know how they say “Opposites attract?” Well crazies make babies.  My dad is a compulsive hoarder and my mom is a compulsive gambler. So, between the two of them I developed this need for instant gratification and the desire to have it all. We were definitely a dysfunctional household. And for a while I blamed my dad for it all. So, one time we went out for his birthday at Bukom Cafe. And, instead of toasting him, I turned the event into a roast.  And, everyone was able to relax and cut each other up and that’s when I first discovered my gift. I was probably in jr. high or high school at the time. I was a very quiet, reserved kid in school.

RD:  Who are some of your heroes in comedy?

Russ Green: Everybody compares to me Cosby, but I think I’m more Carlin.  I talk about my kids and my wife a lot so I think that’s responsible for their opinion.  But, I’m irreverent like Carlin.  I really dig Franklyn Ajaye.

RD:  What advice do you have for students in college who may be considering comedy?

Russ Green: Best advice I’ve ever gotten was to “Write every day, and get on stage as much as possible.”  One of my classmates at Howard told me that, Erin Jackson, she’s a phenomenal comedian who inspires me.

RD:  Awesome. Russ, thanks for taking time out to talk to us about your career path. We wish you all the best of luck.

Russ Green:  Thanks for reaching out. Enjoyed the opportunity.

You can meet Russ Green and the rest of Homegrown Hilarity every Thursday night in DC at Tabaq Bistro (1336 U Street NW) at 8pm for their Comedy Open Mic!  No cover charge!

First Honorary Member to be Initiated